Sell My Caravan
Home / Community home / Advice / The most haunted places in Gre...
Be a contributor
Advice · Travel advice

The most haunted places in Great Britain! Where to visit this Halloween

This Halloween we thought it would be a good idea to take a trip to Scaresville! Not that Scaresville is a real place mind. No, what we decided to do was take a look at some of the most haunted places in Great Britain.
If you are heading out and about in your caravan or motorhome this Halloween then why not head to one of these locations? Load up with supplies, wrap up warm and pull up your brave pants, because these places are not for the faint hearted.
Tatton Hall
“I’m not joking, if someone offered me a million pounds to sleep there the night – no way, no way.” said Yvette Fielding of TV’s Most Haunted when writing about Tatton Hall in the Radio Times. “It’s one of the most haunted places that I’ve ever been in.”
Tatton Hall is located in Cheshire and is part of the Tatton Park near Knutsford. The Tatton Park website speaks of the hall without mentioning its haunting reputation (they don’t want to put people off now do they?) saying: “If Tatton Park is a jewel in the crown of Cheshire, then the Old Hall is its hidden gem. The building stands near the disappeared Tatton village whose humps and hollows show where houses once stood.” Disappeared village? NO THANKS!

Picture courtesy of Peter Broster via Flickr Creative Commons.
But why is Tatton Hall so spooky? Well, perhaps it is best to go back to Yvette Fielding, she is an expert after all. “It’s too creepy, and it’s very active indeed,” she continued. “I’m terrified, absolutely terrified for my life in that place. I heard everything thrown at us, but not just like ooh here’s a little stir, this was with absolute force and could have cut our heads.
“The knocking that we heard was like somebody had a mallet on the other side of the wall, and went bang, bang. It’s everything you actually imagine horror nightmares to be.”
There are Holiday Cottages at Tatton Park, however, if you want to take your caravan or motorhome with you this Halloween then why not head on over to the Royal Vale Caravan Park. This park is a Caravan Club site and is open to members and non members. It is only 22 minutes drive from Tatton Park so is close enough to get to with ease, and far enough away that you won’t get followed home by some pesky poltergeists, it is worth mentioning, however, that this site is adults only.
Pluckley Village
Pluckley Village is not only famous for being the filming location for Darling Buds of May. It was also once listed in the Guinness Book of Records as the most haunted village in England!  In fact, it is reported to have no less than 12 ghosts with some people claiming the number is closer to 16. This quaint little village in the heart of the Ashford district of Kent is quite clearly not what it seems.
Beautiful and scenic, you could be mistaken for believing that Pluckley is just another gem hidden away in the English countryside. But venture there with caution. The list of ghosts is quite extraordinary.

Picture courtesy of Tim Sheerman-Chase via Flickr Creative Commons.
First up there’s the ghost of an old woman who used to sit on a bridge smoking her pipe and drinking gin. She is said to have sold watercress that she had gathered from the stream, however, one day, she burnt to death after becoming soaked in gin. So there’s her, then there’s the ghost of a schoolmaster who was reported to have been found hanged, by a bunch of children.
There’s also the ghost of a screaming man who may - they aren’t too sure about this one - have worked at the village brickworks before falling to his death; and the ghost of a highwayman who was stabbed with a sword and pinned to a tree on the perfectly named, Fright Corner. On top of these spooky souls, there are also a pair of ghosts who haunt the church and a few others dotted around the village.
The nearest site we could find to Pluckley was the Blossoms Caravan Park that is just 10 minutes drive away and is open all year round.
Epping Forest
Apparently, Epping Forest is haunted. Not only this but it also has a link with plenty of crime. Not only have many murdered bodies been buried here over the years, but famous highwayman Dick Turpin and his partner Tom King, both used to hideout here. The Most Haunted show investigated these woods a few years back and claimed to have discovered the ghost of Turpin still lurking within the woods.

Picture courtesy of Loz Pycock via Flickr Creative Commons.
When it comes to what you can expect from Epping Forest you should be prepared to see apparitions as well as lights and paranormal groups that have investigated the area have also reported hearing footsteps that they could not explain coming from the darkness of the woods. Add to this the notorious Hangman’s Hill and you have one spooky forest.
If you are looking for somewhere to park up while you visit Epping Forest, then the Lee Valley Campsite is a good choice.
Borley Rectory
The Borley Rectory was once referred to as the Most Haunted House in England. Built in 1863 for the local reverend, the house was erected on the site of an ancient monastery. Before it was built, the ghost of a local nun, who used to stroll along the so called ‘Nun’s Walk’, was already well known.
The rectory was reported to have been the location for a number of odd goings on. The nation became aware of this haunted house when paranormal investigator Harry Price and the Daily Mirror both reported on it.

Church located near the site of the old Borley Rectory. Picture courtesy of Tc7 via Flickr Creative Commons.
Footsteps were reportedly heard in the dead of knight and ghosts of headless horsemen were also seen. Pretty terrifying isn’t it? There were also sightings of phantom carriages and the ringing of a servant’s bell as well as bottles being thrown by ghosts. Unfortunately, the rectory no longer stands after it was destroyed in a fire in the 1930s, but you can visit the grounds where this haunted house once stood!
The Borley Rectory used to be situated in Borley, Essex. If you want to visit Borley, why not leave your caravan at home and visit Borleymere Shepherds Huts?
AdviceTravel advice 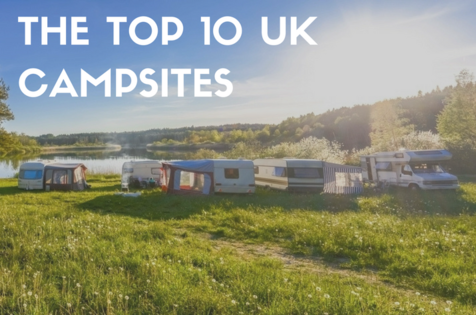 And the award for the top UK campsite goes to…

By Spencer Thomas    2017-07-25
Our Top 10 UK Campsites Camping is great. It’s an opportunity to explore the great outdoors and get away from the hustle and bustle that can overpower day to day life. Personally, I know tha...

The Complete Guide to Devon

2015-11-10
Here at Caravans for Sale we love the South West. It is a region that is full of natural beauty, fantastic beaches and friendly locals. You can read our guide to Cornwall here, but read on to find out... 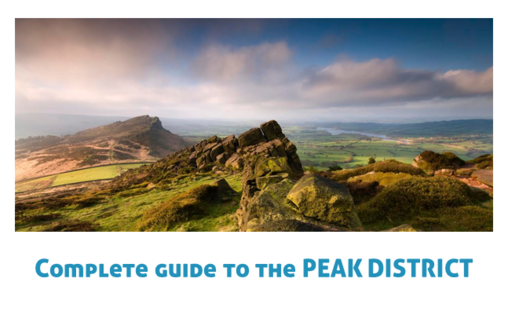 Complete guide to the Peak District

2015-10-08
When you think of the Peak District it is hard to ignore its contrasting areas of natural beauty. From the wondrous limestone of White Peak country to the intense and inspiring moorland of the Dark Pe...
Newsletter
Follow us on
Share
Search for your dream caravan on the UK's number 1 caravan marketplace!
on caravansforsale:
partners:
Caravan Club Membership
terms and conditions | about us | sitemap | help | home | contact us | privacy policy | advertise your caravan | stay safe | mobile site
©2020 caravansforsale.co.uk - all rights reserved - a member of the Friday-Ad network  |  dev (((:))) Memória Visual